Distribution of American Funds represented 11% of Edward Jones’ total revenue of $3.06 billion in the second quarter this year, nearly half of the 20% of revenue that Jones generated from Capital Group fund sales in the same period five years ago, according to its most recent quarterly filing. That was also down from 13% in the year-ago quarter, according to the filing, which refers to Capital Group as “one mutual fund company.”

“This is not reflective of a switch away from American Funds, as much as it is a pivot towards investment advisory relationships,” said Scott Smith, director of advice relationship at Cerulli Associates.

Advisory accounts charge annual fees that can reach 1.35%, according to a Jones webpage. That compares with one-time commissions of 5% upfront on A shares of equity-based American Funds in addition to distribution or revenue sharing fees that customers pay in brokerage accounts. (Jones does not receive revenue sharing payments from mutual fund providers on clients’ assets held within the advisory accounts, the company states in its online posted client disclosures.)

But the move catches St. Louis-based Jones, one of the largest full service brokerage firms by its almost 19,000 brokers, up with large Wall Street peers that have for years been promoting fee-based accounts as a better way to reduce potential conflicts tied to large upfront commissions while also creating a more steady source of income regardless of client trading.

Jones “was a relatively late adopter of the widespread use of fee-based advisory accounts but has shown significant strength in recent years,” Smith said.

At Morgan Stanley, for example, 45% of customer assets were in advisory accounts as of the end of the second quarter. Industry wide, the percentage of advisor-managed fiduciary assets–a proxy for investment advisory accounts–has more than doubled from 24% in 2005 to 50% in 2019, according to Cerulli’s figures.

The shift at Jones and industry-wide also comes amid increasing scrutiny by regulators and investor advocates of conflicts in fund sales, including the Obama-era Department of Labor fiduciary rule that was vacated by an appellate court in 2018 and would have severely restricted commissions in retirement accounts.

The SEC’s Regulation Best Interest Rule, approved in 2019 and effective as of June 2020, requires broker-dealers to identify any potential conflicts of interest and financial incentives such as revenue shares between themselves, their advisors, and funds providers.

The new fee-based model at Jones has also stirred some challenges, however, from some of those buy-and-hold customers who said in a proposed class action filed in 2018 that fee-based accounts were not in their best interest since they did very little trading.

The case is stayed, pending a filing for a petition for review by the U.S. Supreme Court, according to an SEC filing.

“Edward Jones and its affiliated entities and individuals deny the plaintiffs’ allegations and intend to continue to vigorously defend this lawsuit,” the company said in the filing.

Sat Aug 14 , 2021
Blair Cohn walks by The Bixby Allery, a communal dining space shared by numerous restaurants that was erected amid the pandemic to increase outdoor dining. Wednesday, Aug. 4, 2021. Photo by Brandon Richardson. Sporting his usual black hat emblazoned with the words “Long Beach,” Blair Cohn walks the streets of […] 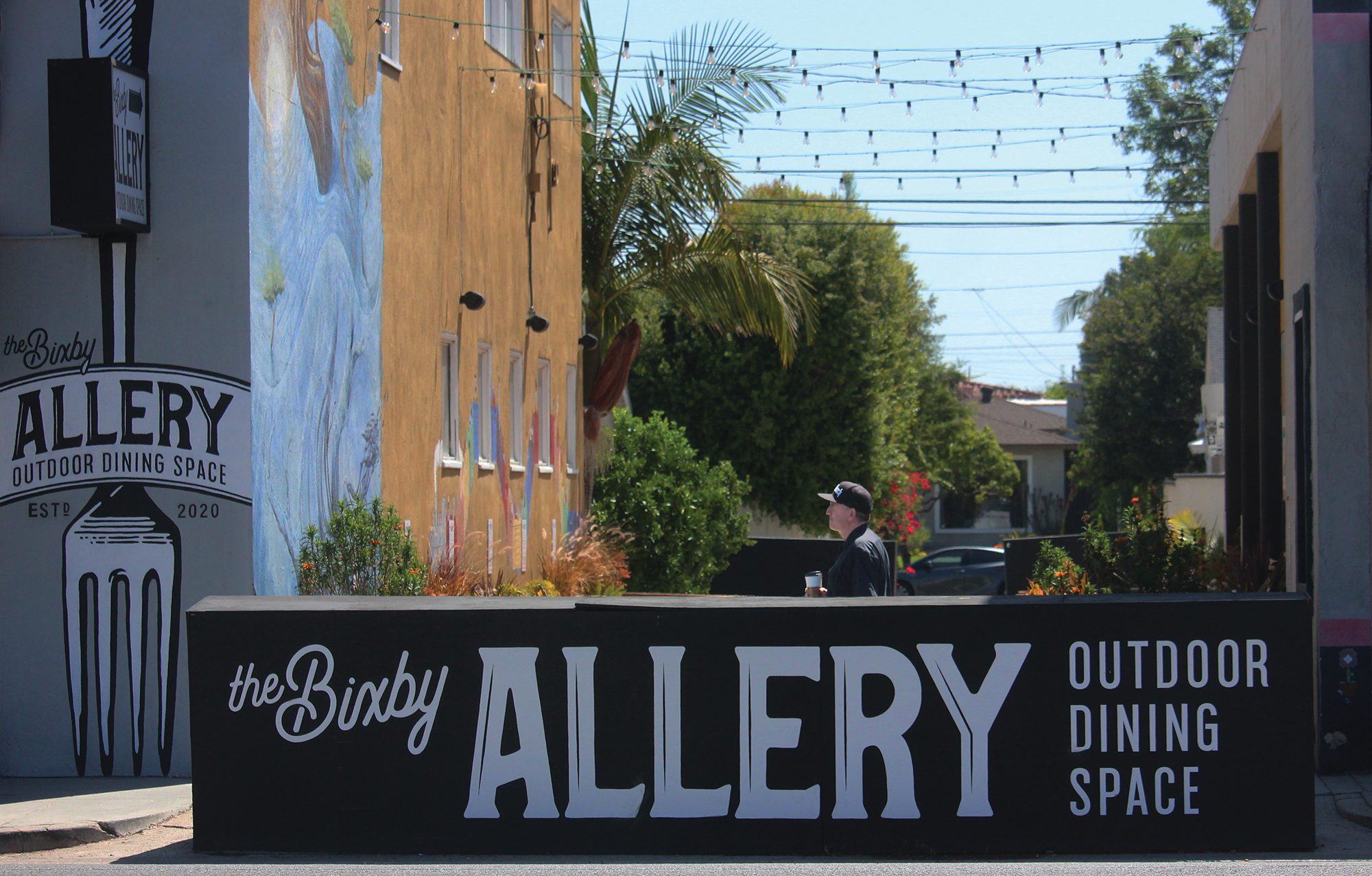