SHARON, Pa. – As a student at Penn State Shenango, graduating there and finding a job nearby was important to Lukas Farrell.

Originally, Farrell was pursuing a business degree and would likely need to transfer to the main campus at University Park. But an event at the campus turned him on to the Project and Supply Chain Management program, which provided an opportunity to switch his focus, finish his degree in Sharon, Pa., and work locally.

Farrell graduated in 2018 and took a job as an IT systems analyst for Pyrotecnico Fireworks Inc. in New Castle.

“I had a few opportunities right out of college in the local area. So it was nice to see that,” Farrell says. “It’s nice to be contributing to a local family business.”

After the pandemic halted much of the live entertainment industry, Pyrotecnico “started off the year with a bang” by providing the fireworks for Super Bowl LV, he says. Farrell’s work is behind the scenes, however, because his responsibilities include improving and maintaining the company’s ERP (enterprise resource planning) systems, running all business transactions, and managing software and hardware purchases, he says.

“It’s a good program to learn the stepping stones for a lot of different areas of how a business operates,” Farrell says. “It allows you to touch on topics like analytics and forecasting, as well as management and operations.”

Penn State Shenango introduced the program about three years ago, says Jo Anne Carrick, campus director and chief academic officer. It blends technology and business curricula to educate students in supply chain management processes along the lines of just-in-time inventory management, in which goods are received as they are needed. That helps to reduce inventory holding costs while increasing inventory turnover.

“A company could have a million dollars of inventory and that’s money spent that’s sitting there,” Carrick says. “Even if you’re a small business or large business, how do you keep your inventory available so you can send it out quickly? And how much do you have sitting there that you may never send out?”

Students learn how to monitor and manage inventory levels to moderate the effect on finances while maximizing cash flow, product delivery and customer support. While large, international corporations like Amazon have the financial wherewithal to do that in house, local businesses that want to ship out of the country “probably don’t fare as well,” she says.

“But there are now new business startups to help manage the supply chain and help them with using the technology,” Carrick says.

“Many schools started this program within the past 10 years,” Liu says.

The growing field of logistics, however, driven by companies like Amazon and other distributors is creating opportunities for graduates with supply chain skills. An increased reliance on e-commerce is playing a role in that trend, he says.

“The change of the business models also increased the need for young professionals,” he says.

SAP is “a computer system that tracks and manages all the activities in the business and supply chains,” he says. “The students will have hands-on experience on several products, doing the procurement, inventory management, production planning and control.”

Core 400-level classes on the project management side include project planning and resources management while the supply chain courses include logistics and transportation, procurement and materials management, and production planning and control.

Project management is key to the program because more than half of all activities in modern businesses are project-based, Liu says. Whether building a new facility, developing a new product or implementing a new computer system, “These are all project-based activities,” he says.

“The students will have the opportunity to customize their learning experience based on their own interests, their own background and their career goals,” he says. “The reason is that the area of supply chain management is so large and diverse. So it needs professionals with different backgrounds and skill sets.”

Kathleen Golis brings a background in retail and merchandising, as well as a degree in psychology to her work as a buyer for Penn-Union Corp. in Edinboro, Pa. The psychology degree gives her additional perspective into understanding behaviors, which ties into her work, she says.

“It lends itself to interpersonal skills as well,” she says. In her role, Golis works closely with the sales team at Penn-Union, as well as vendors and suppliers.

After attaining her psychology degree from The College of Wooster in 2010, she worked about seven years in retail when she began to seek buyers positions, she says. All of the employers wanted some sort of business degree, however, so she enrolled in the Project and Supply Chain Management program at Penn State Shenango, which landed her the job at Penn-Union.

Golis works as a buyer for some of Penn-Union’s international buyers, tracking and managing parts inventories. Penn-Union makes electrical and mechanical connectors.

“I wish I found it earlier. I really like everything that goes into it,” Golis says. “There’s a lot of things I learned in my classes that would’ve taken me a long time to learn on the job.”

Graduates from the Hazelton campus have gone on to work for Amazon, J.B. Hunt Transport Inc. and the U.S. Air Force, he says. Logistics and distribution centers along the East Coast also provide an abundance of opportunities for graduates, he says.

“Many campuses hold roundtable events with local companies,” he says. “We see companies like Adidas, Michaels and FedEx. It depends on the area.”

Penn State Shenango is leveraging its relationships with area high schools as well to effect some of these curricula into electives for students, Carrick says. Part of those electives would be raising awareness of these business trends and exposing them to new career paths that might interest them, she says, as well as introducing some of the technology involved.

“This is a way to reduce that brain drain,” she says. “We’ve done in a number of our business majors, like human resources, supply chain. And as we grow our cybersecurity major, which we’re just starting up. That’s a whole other story where the demand is huge.”

Tue Aug 10 , 2021
Posted on Tuesday, August 10, 2021 by Polk Newsroom Jake Pullukat recently graduated from Polk State College’s Bachelor of Applied Science in Supervision and Management Program which, paired with internship experience and federal COVID-19 relief funds that supported the completion of his degree, positioned him for success in his job […] 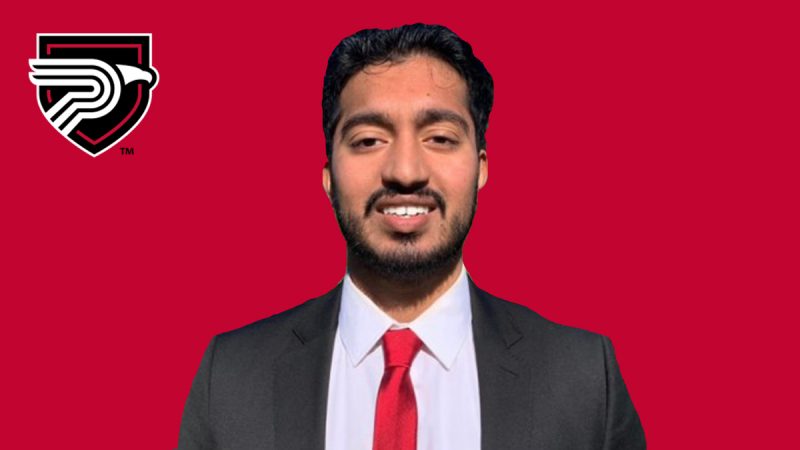